Ultrasound is an integral investigation for assessment of your pregnancy. It is the most important test for detecting structural abnormalities of the fetus, multiple pregnancies and problems with the placenta.

An early pregnancy ultrasound will confirm that there is one fetus, that it is alive, the correct size, and in the correct position. Dates may be altered at this time dependent on fetal size, and twins may be diagnosed. 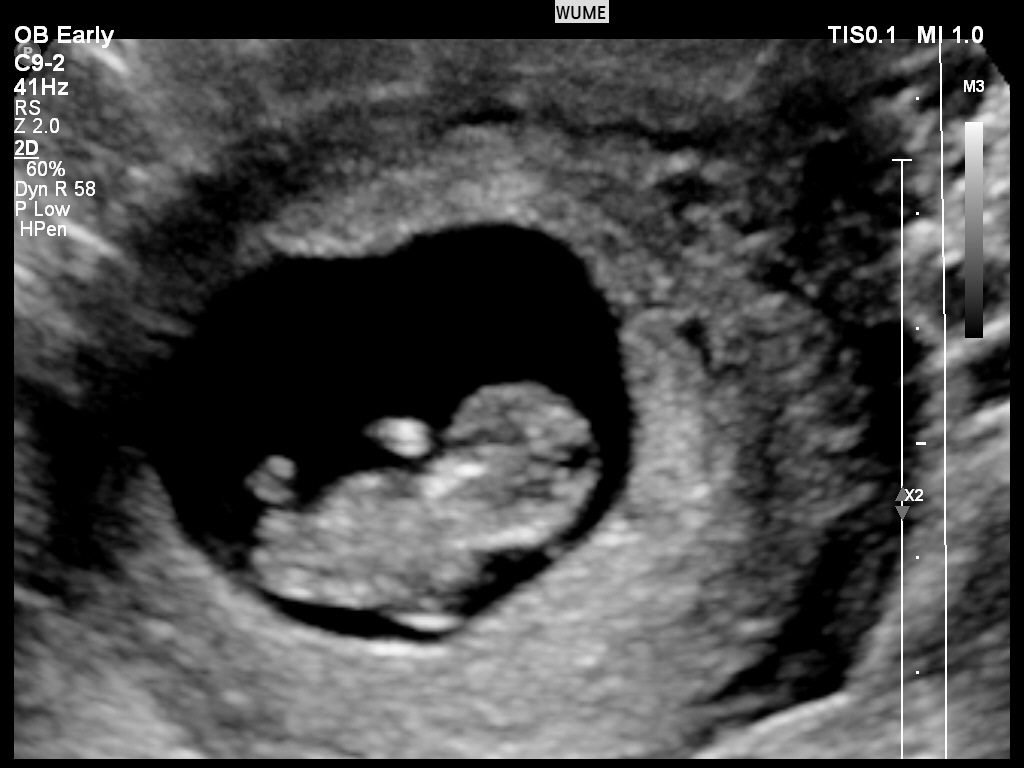 At this gestation, all the major organs and structures have been formed in the fetus making this a good time for the first detailed assessment of fetal anatomy. Some major structural abnormalities may be detected at this time. Nuchal Translucency is also assessed which is used to screen for Down syndrome and other chromosome abnormalities in early pregnancy. The scan is usually performed in conjunction with a blood test – either a Non Invasive Prenatal Test (NIPT) or a Maternal Serum Screening (MSS).
The ideal time to have this ultrasound is 12 weeks and 5 days as views of anatomy are much better closer to 13 weeks than just on 12 weeks. 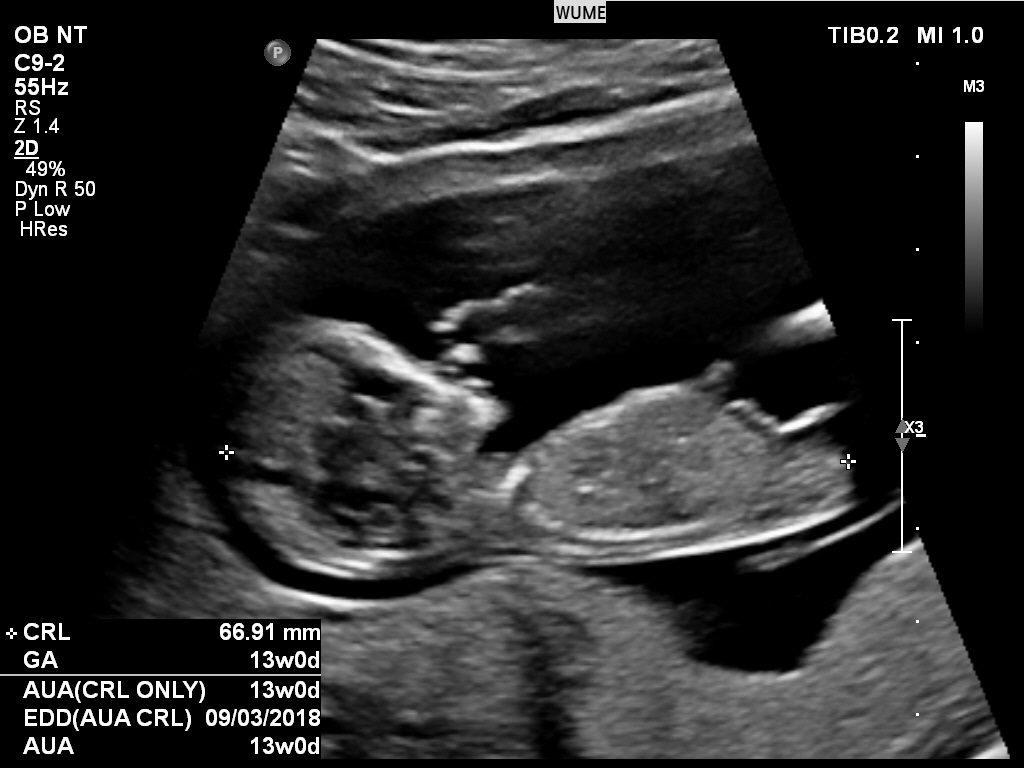 The detailed mid trimester scan is the single most important scan in pregnancy. This is the optimal time to detect fetal abnormality. Other issues such as placental site and growth will also be assessed.  Generally, views of the baby are excellent and this scan is enjoyed enormously by parents. Images and short video clips can be sent directly to your phone to share with family and friends. 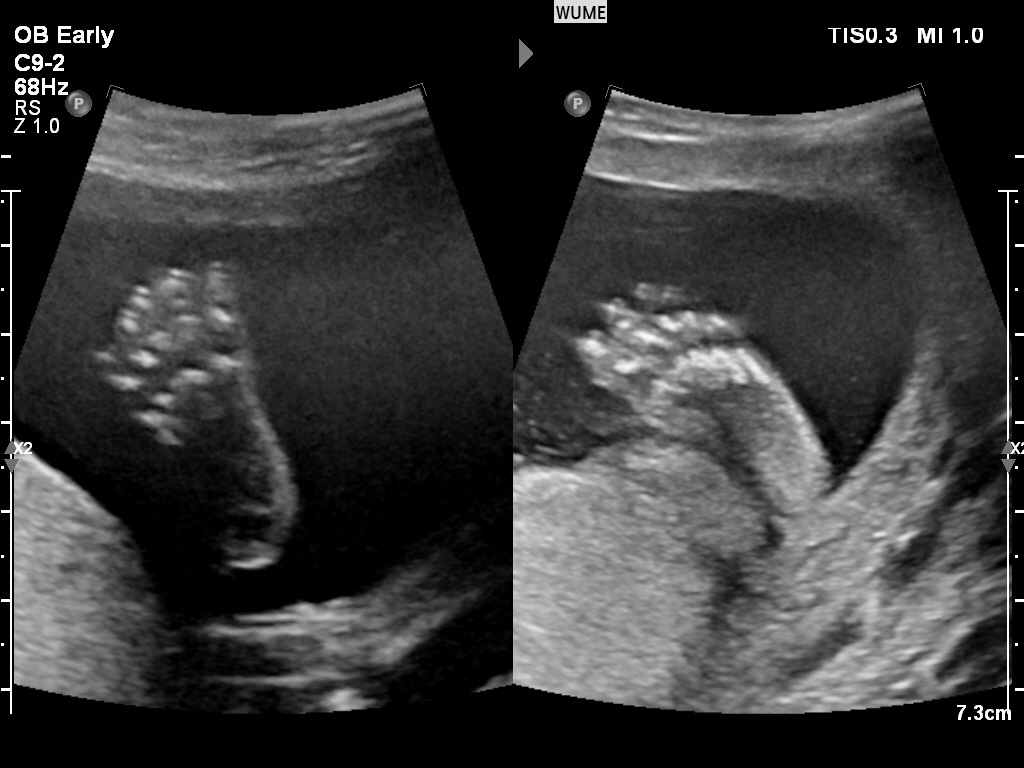 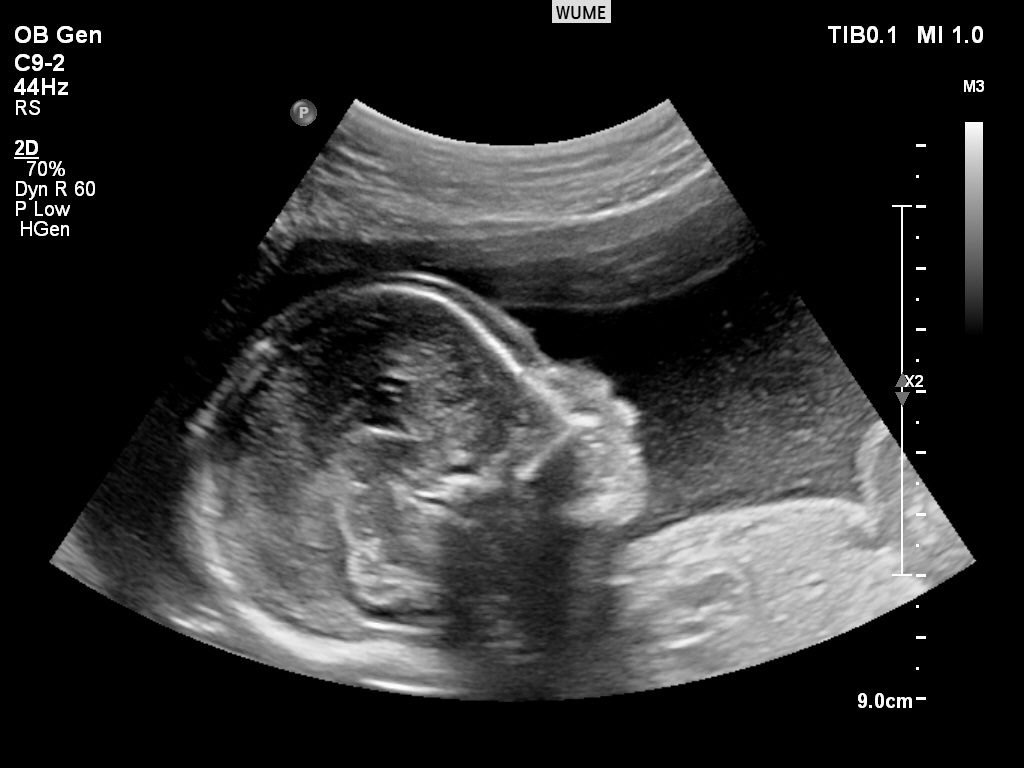 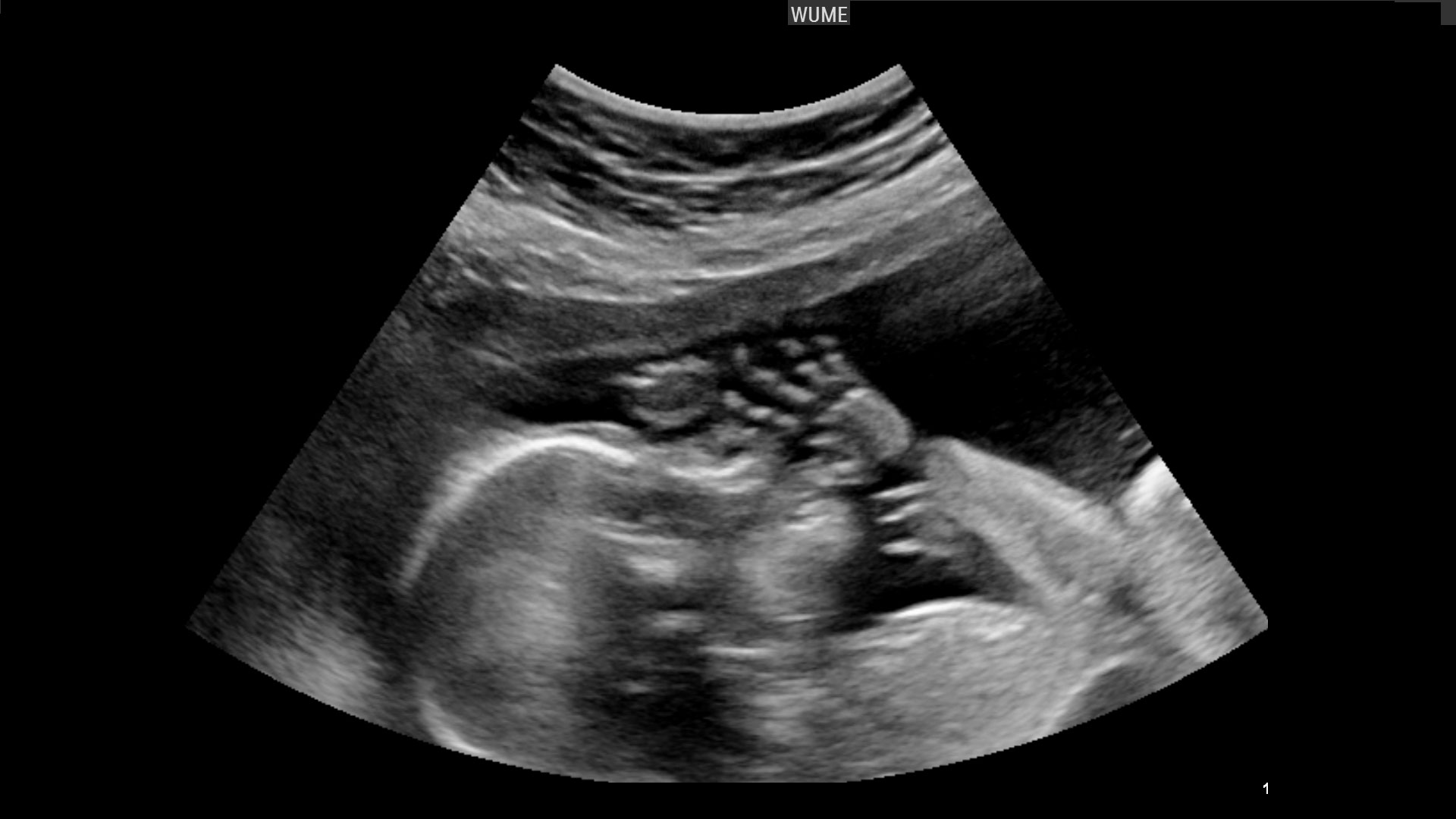 Ultrasounds performed after 26 weeks gestation are primarily to assess fetal growth and wellbeing. Fetal anatomy will be reviewed, however, in advanced gestation views are limited.  Fetal limbs and/or the fetal head placed deeply in the pelvis can obscure fetal structure.  Some views are difficult for prospective parents to interpret. 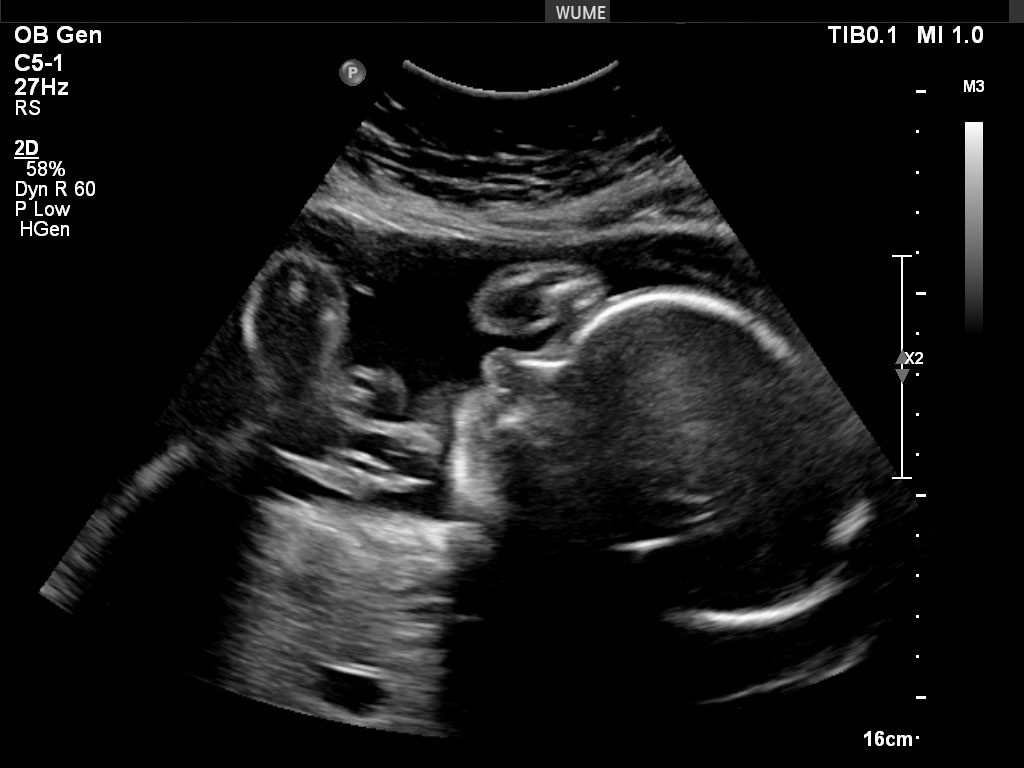 What is the cervix?

The cervix is the lower part of the uterus where the uterus connects to the vagina.  During pregnancy, it softens and thins, and during labour it dilates.  It is a ‘dynamic’ organ, which can shorten and lengthen.

What is the Cervical Length Measurement?

Cervical shortening is associated with a increased risk of preterm labour.  Early intervention by medication, such as progesterone, or cervical suture can help prevent preterm labour and prolong the duration on the pregnancy.

Conditions associated with an increased risk of cervical shortening are:

Your doctor will advise if you need a Cervical Length Assessment and when this should start. 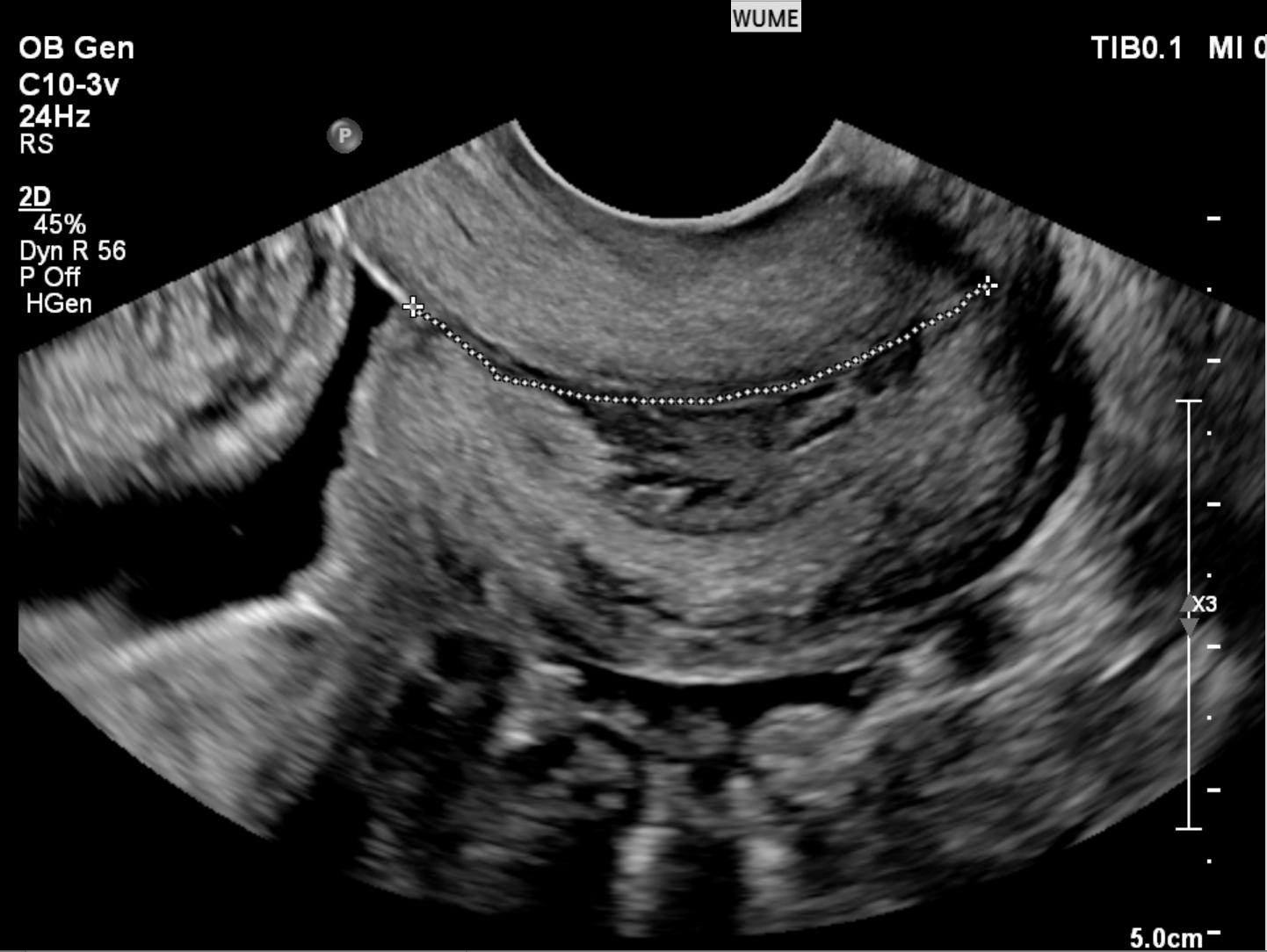 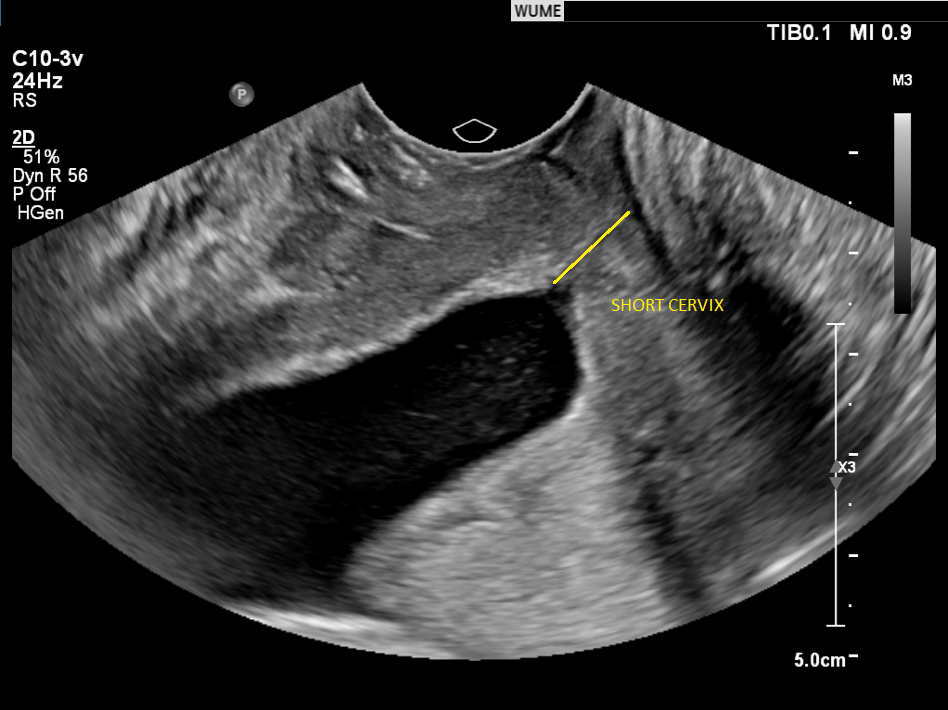 Short cervix with funnelling of amniotic membrane into the cervical canal 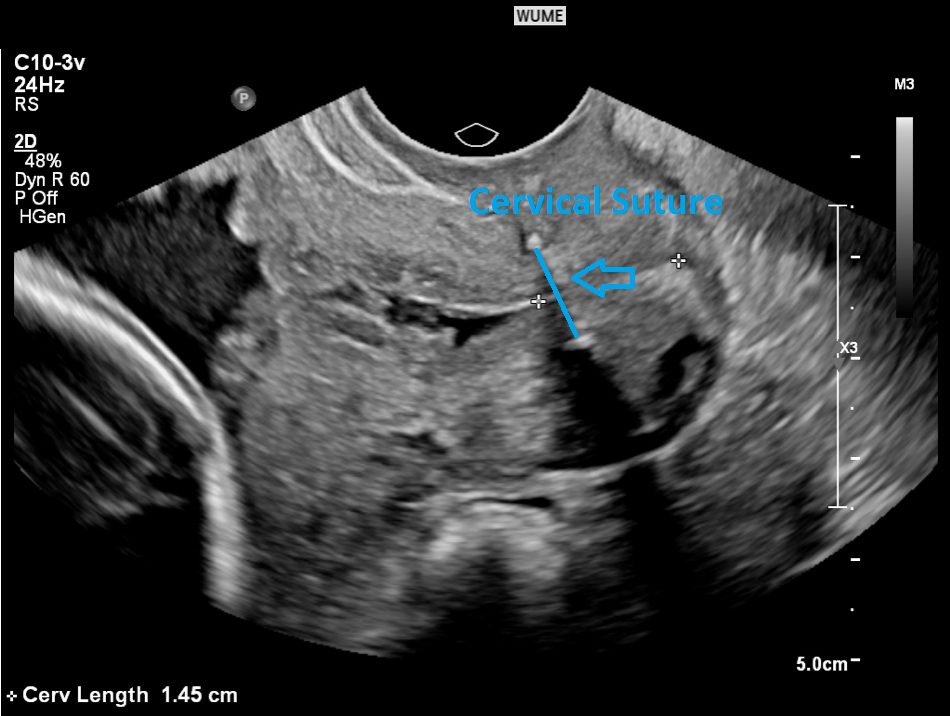 Premature babies have an increased risk of health problems, particularly with breathing, feeding, infection and long-term disability. The earlier the baby is born, the more severe these problems are. If a baby is born before 24 weeks of pregnancy, unfortunately, it is unlikely that the baby will survive. Babies who do survive after such a premature birth often have serious and long term health problems. However, more than eight out of ten premature babies born after 28 weeks survive and only a small number will have serious long-term disability.

What is a normal cervical length?

The mean length of the cervix is 36mm and there is a known normal distribution. In about 1% of women, the length is 15 mm or less. This cut-off is generally used to define the high-risk group, those with increased risk of going into preterm labour. In asymptomatic twin pregnancies at 20 to 24 weeks, a cut-off of 25 mm is applied.

Can the vaginal ultrasound harm me or my baby?

Measurement of cervical length by vaginal ultrasound is considered safe in pregnancy and has been shown to be well tolerated by women.  It does not increase the risk of ruptured membranes or bleeding or harm the baby in any other way.